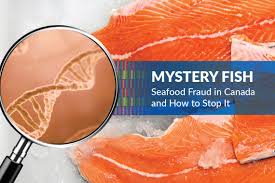 A new study finds nearly half of seafood samples from Canadian grocery stores and restaurants – were not what they claimed to be. The advocacy group Oceana Canada did the testing and found 44 % of almost 400 seafood samples from five Canadian cities were incorrectly labelled. People who thought they were getting sea bass, cod or wild salmon were in some cases getting a far cheaper catfish, pollock. What’s more, 60 % of the roughly 400 samples collected from retailers in Vancouver, Victoria, Toronto, Ottawa and Halifax were found to carry potential health risks. Libby speaks with Oceana Canada’s Executive Director, Josh Laughren and University of Guelph’s Biodiversity Institute’s Associate Professor Bob Hanner.