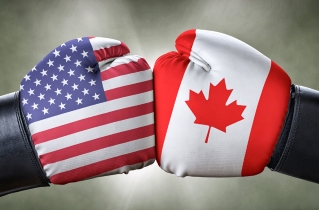 Canada and the U.S. need to present a text to the U.S. Congress by Oct. 1st in order to join the deal the Trump administration signed with Mexico last week. The overall goal is to reach a deal by December 1st, so Congress can give its approval to a revised NAFTA before Mexico’s new president takes office. President Donald Trump is threatening to move ahead on a deal with Mexico that excludes Canada. Canada and the U.S. remain far apart on several issues including dairy, culture and the Chapter 19 dispute resolution mechanism. Libby speaks with Peter Clark, President of Grey, Clark, Shih and Associates and Simon Lester, Associate Director of Cato Institute’s Herbert A. Stiefel Center for Trade Policy Studies.