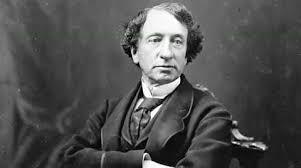 Most Canadians want Sir John A. MacDonald to stay in public view, both his name and his image. Canada’s first prime minister has become a controversial figure for his support of the residential school system when he was prime minister starting in 1867. In fact, just recently the mayor and city councillors of Victoria B.C. removed a state of Sir John A from their city hall. A new Angus Reid survey finds 70% of Canadians believe the name and image of John A. MacDonald should remain in public view. A majority of respondents also say remembering the trauma of residential schools should not come at the expense of memorializing the country’s first prime minister. The poll also finds nearly six in ten Canadians say the country spends too much time apologizing for residential schools. But, against this backdrop more than half of Canadians are also supportive of either a statutory holiday commemorating the legacy of residential schools, or a designated day of remembrance that is not a statutory holiday. Libby speaks with Shachi Kurl, Executive Director of the Angus Reid Institute to learn more.