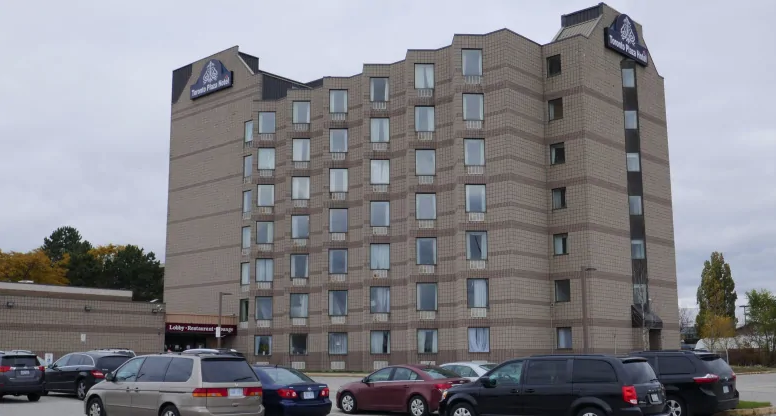 The City of Toronto is quietly planning to spend millions of dollars to buy a hotel currently housing around 500 homeless people and asylum seekers. The City has used the Toronto Plaza Hotel since 2017 to house refugees the homeless. Virk Hospitality, the Plaza’s owner, was placed into court-ordered receivership in July. Virk also owes the city about $150,000 in unpaid property taxes. While a city spokesperson denies that the city has decided to try to purchase the hotel, documents and those with direct knowledge of the situation indicate it has already made an offer. If a potential deal is not reached, The City risks a private developer snapping up the seven-acre property and forcing hundreds of people back into Toronto’s shelter system. The hotel has been appraised by the court-ordered receiver but that value is confidential. It is claimed that fair market value is “at least” $35 million. Virk originally purchased controlling shares of the property in 2016 for $17.5 million. It is unclear how much has been spent on renovating the property since.