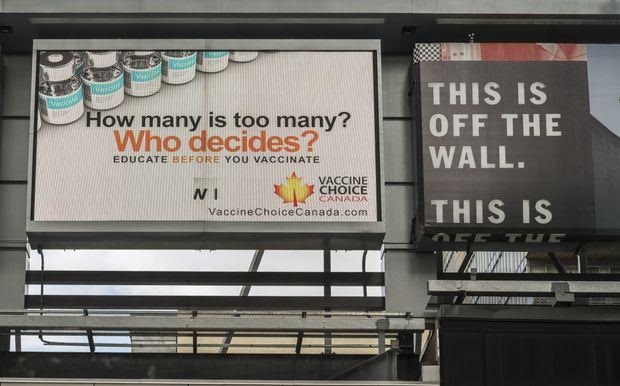 You may have spotted some billboards around Toronto promoting the anti-vaccine movement.  The group Vaccine Choice Canada is behind fifty digital billboards in the GTA, including one outside the Eaton Centre.  The ad campaign, which began last week, will run for two weeks.  In a Facebook post, the group thanked numerous donors who made the billboard campaign possible.  Toronto’s Associate Medical Officer of Health calls the campaign concerning, and says it should prompt a discussion about banning ads that promote false or misleading messages.  The world health organization says refusing vaccines a top health threat.  Family Physician Dr. Iris Gorfinkel and Former City Councillor and Former Chair of the Toronto Board of Health Joe Mihevc joined Libby to discuss this important issue.