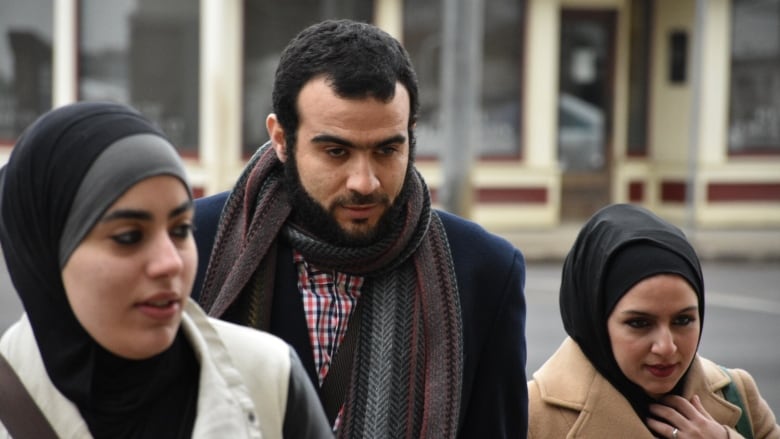 Omar Khadr has spent his first night as a free man. Yesterday an Alberta judge gave the former Guantanamo Bay prisoner a new lease on life in ruling the eight-year war crimes sentence issued by a US military court for a grenade attack in Afghanistan has expired. The ruling means Toronto born Khadr no longer faces any legal restrictions and can apply for a Canadian passport, travel freely and communicate with his controversial sister without supervision. Khadr says he’s going to try to focus on recovering now that he doesn’t have to worry about going back to prison.
And a woman who helped shelter former CIA whistle blower Edward Snowden has arrived in Canada. Vanessa Rodel (Ro-DELL) and her 7 year old daughter Keana were both granted refugee status when they landed last night at Toronto’s Pearson Airport. Former policy advisor and crown prosecutor Scott Newark and security and terrorism expert Ross McLean weighs in with Libby.