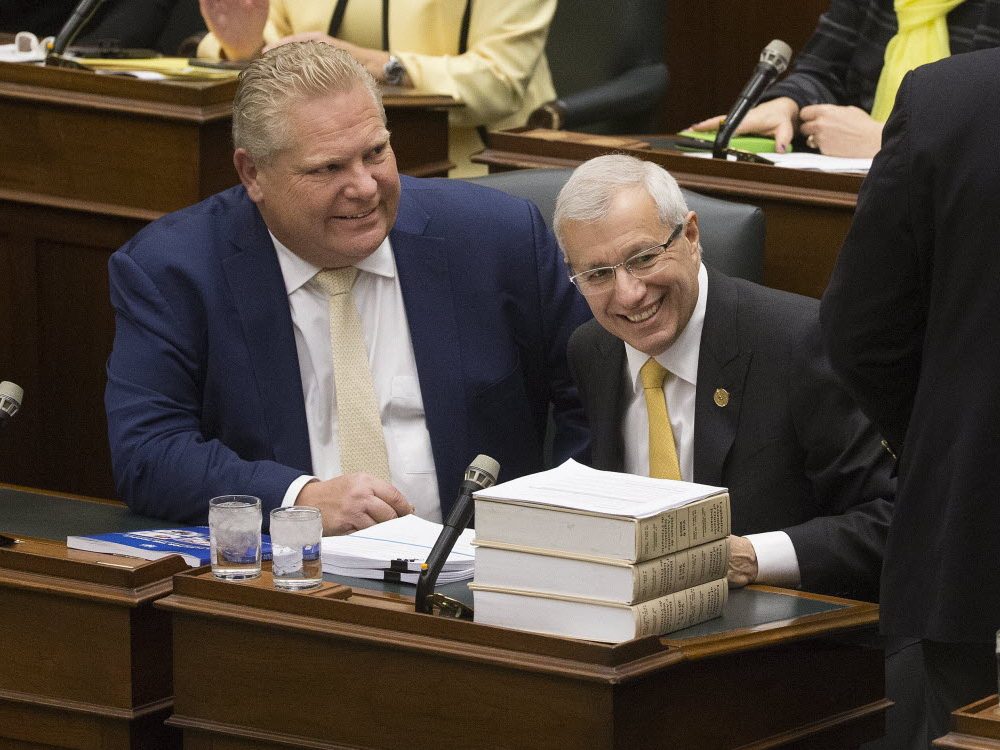 Premier Doug Ford will release his government’s first budget this afternoon, a document that will pit his party’s promise to erase a large deficit against a variety of pledges he made last year to cut costs for motorists, business owners, families with small children and middle and low income earners. Fedeli says the provincial deficit was $13.5 billion for 2018-2019, while the Financial Accountability Office (FAO), a non-partisan legislative office set up early in the Wynne era, says the deficit for that period is actually $12.3 billion. The FAO says the difference between its lower deficit number and Fedeli’s is explained by the fact the PCs include annual (unspent) reserve funds as part of the deficit and rely on more pessimistic assumptions of future economic growth. Joining Libby today for a look ahead into what this budget may bring are Kim Wright, Principal, Wright Strategies, Ashton Arsenault, a consultant at Crestview Strategies and Ali Salam, Senior Vice-President, Public Affairs, National Public Relations.