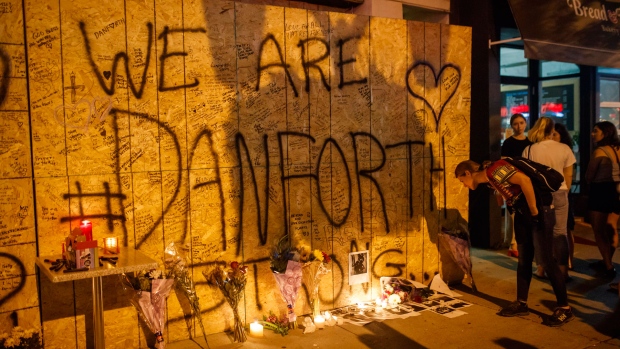 Today marks one year since the Danforth shooting in Toronto, which left 13 people injured and claimed the lives of 18-year-old Reese Fallon and 10-year-old Julianna Kozis.

The event has made an indelible mark on the city, especially residents of the vibrant Danforth neighbourhood. Police have said that the motive was inconclusive though the shooter had a history of mental illness. Where does that leave us?

Also, a recent Forum Research poll on guns indicates that a majority of Torontonians believe that a ban on handguns would make city life safer.