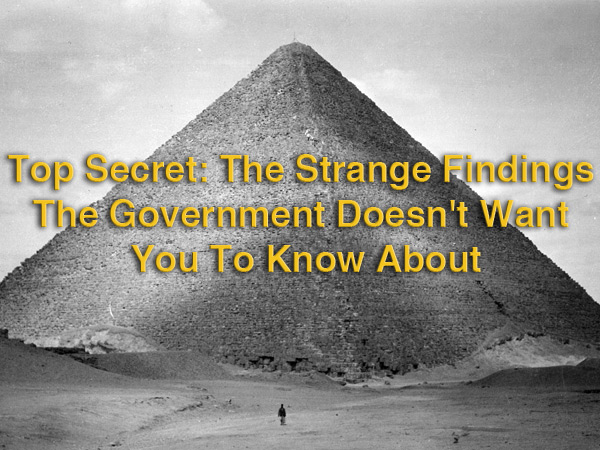 TOP SECRET: THE STRANGE FINDINGS THE GOVERNMENT DOESN’T WANT YOU TO KNOW ABOUT

This week on The Conspiracy Show Richard welcomes author and researcher Nick Redfern to discuss how and why government agencies have, for decades, taken a clandestine and profound interest in numerous archeological, historical, and religious puzzles. He’ll reveal details about the CIA’s top-secret files on Noah’s Ark, and U.S. Army documents positing that the Egyptian Pyramids were constructed via levitation. Later in the program Richard and a panel of UFO researchers discuss recent claims made by a senior CIA official about the Roswell UFO Crash incident in July 1947, during which the US military is widely believed to have retrieved extraterrestrial materials and bodies after a mysterious object crashed in the deserts of New Mexico. More information on this program can be found here.