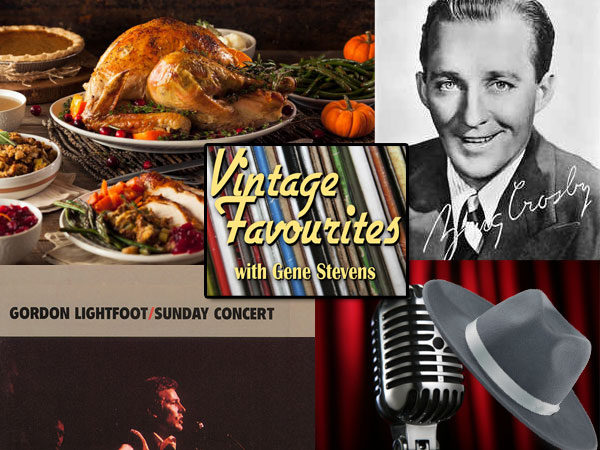 Next week’s the 40th anniversary of Bing Crosby’s death, and I’ll salute the original crooner with some of his most famous songs; then, tip the fedora to some of Canada’s all-time best crooners too.

Plus a Thanksgiving Day Triple Play of ‘thank you’ songs, and remembering Gordon Lightfoot’s first live album, released this month in 1969. That’ll be a ‘Sunday Concert’ and so much more, this Sunday on Vintage Favourites at 2, from Zoomer Radio.