This Week on Vintage Favourites - May 20th 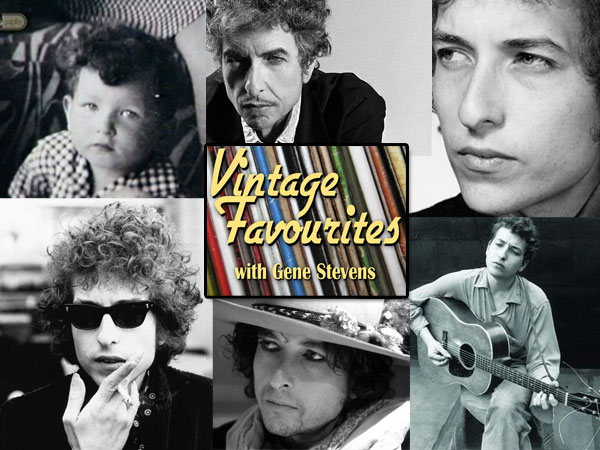 Hi, I’m Gene Stevens, with what’s coming up on this Sunday’s ‘Vintage Favourites’. One of the all-time greats – Bob Dylan – is about to turn 77, and that’s my cue to feature some of this living legend’s most famous songs. I’ll trace his origins from a mythic moment looking Buddy Holly directly in the eye just 3 days before Holly’s death, to his pilgrimage to meet the dying Woody Guthrie in New York.

Dylan’s historic Newport Folk Festival performances in 1963 and in 1965 are the pivot to his lasting legacy – still somehow ‘tangled up in blue’.

‘The Bob Dylan Edition’ on the next Vintage Favourites – this Sunday (May 20th) at 2, from Zoomer Radio.