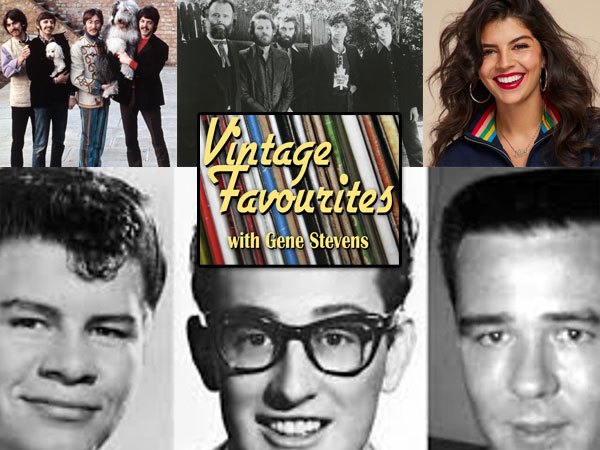 Don McLean called it ‘The Day the Music Died’ in his classic song ‘American Pie’ – February 3rd, 1959 – the airplane crash that took Buddy Holly, Big Bopper and Ritchie Valens. I’ll play their greatest hits and some surprises too, on this Sunday’s 60th anniversary of that tragedy.

Plus: the weekly spotlights on ‘the greatest groups of our time’ – in alphabetical order – shines on The Beatles and The Band. I’ll also have a 25th birthday salute to Nikki Yanofsky. I’m Gene Stevens – join me Sunday at 2, for ‘Vintage Favourites’ on Zoomer Radio.