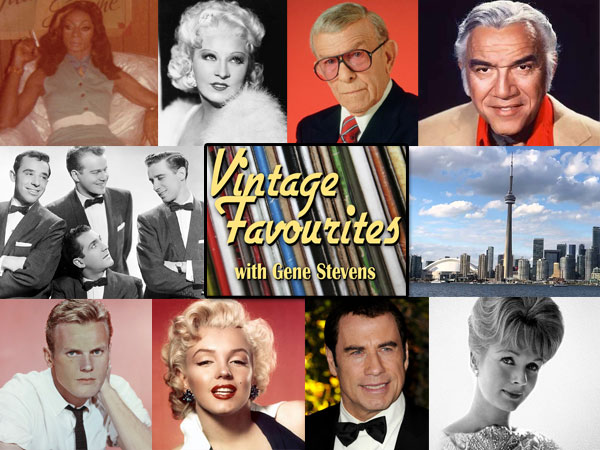 In the recent re-make of ‘A Star is Born’, Bradley Cooper became the latest in a long line of actors who’ve tried to sing in a film. And some have done it better than others – but it’s often been fascinating to hear them, and some have even had big hits. I’ll explore that unique genre of ‘Singing Actors’ – from Mae West to John Travolta.

Plus: a spotlight on ‘CCR’ – another of the greatest groups of our time – and a musical salute to Toronto, turning 185 next week. Finally, two beloved Toronto artists we recently lost: a special tribute to soul singer Jackie Shane and Frank Busseri of The Four Lads. That’s all on the next ‘Vintage Favourites’, this Sunday at 2, with Gene Stevens from Zoomer Radio.