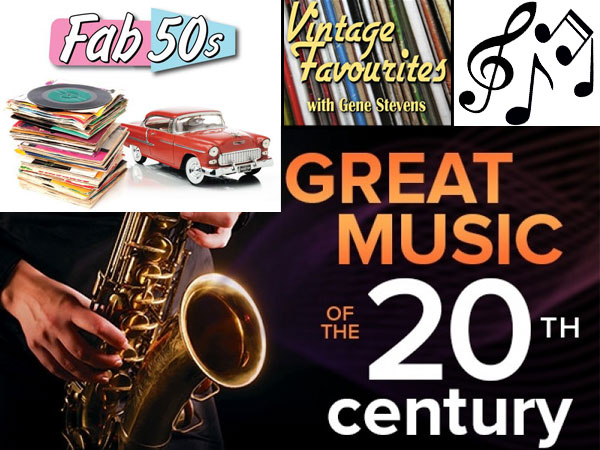 Monday is January 20th, 2020 – I’m Gene Stevens with the Top 20 Songs of the 20th Century !  The official list put out by the Recording Industry Association of America features the greatest songs of the last century – from ragtime and jazz, to the big bands, rock’n’roll, the British Invasion and much more.

Plus: ‘The Fabulous Fifties – and Beyond‘ kicks it all off this Sunday at 2, followed by the ‘Top 20 of the 20th Century‘ on ‘Vintage Favourites’ from Zoomer Radio.