Oscar-nominated poet and songwriter Rod McKuen has died at the age of 81.  McKuen turned turned out hundreds of songs, poems and records in the 1960s and ’70s.  McKuen passed way in Los Angeles Thursday.  He had been treated for pneumonia and had been ill for several weeks. 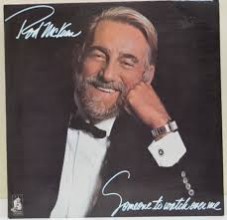 McKuen earned two Oscar nominations; one for the song “Jean,” from 1969 film The Prime of Miss Jean Brodie, the another for the song score of 1970 Peanuts movie A Boy Named Charlie Brown.  Until taking a sabbatical in 1981, McKuen was an astonishingly successful and prolific force in popular culture, turning out hundreds of songs, poems and records.  McKuen is credited with more than 200 albums, dozens of which went gold or platinum, selling 100 million units in the process.  His 30 collections of poetry sold more than 60 million copies.