Ontario Liberals have recaptured the Rding ofSudbury, which they lost to the NDP in last June’s provincial election.  Thursday’s byelection was Glenn Thibeault elected with more that 10,000 votes or about 41% of the ballots cast. 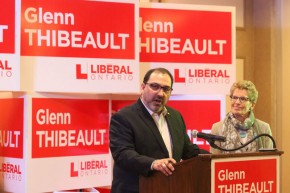 Olivier had run as the Liberal candidate in the last general election and intended to run again, but the party appointed Thibeault, who resigned as the sitting NDP MP.  The provincial NDP took the riding in the June election.

Olivier made headlines in December when he alleged Liberal Party members had offered him a job or appointment to step aside. Ontario Provincial Police and Elections Ontario are investigating the claims.