ALBERTANS GO TO THE POLLS, PEI VOTERS STICK WITH LIBERALS 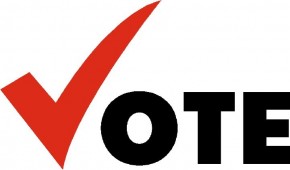 Alberta’s New Democratic Party is hoping to do something that no party has done in that province in 44 years; beat the Progressive Conservative party in today’s provincial election. The Tories have held power for 44 years, but that dynasty is threatened by the provincial N.D.P. on the left and the Wildrose party on the right.  The New Democrats under Rachel Notley have been riding a surge of support since Progressive Conservative leader Jim Prentice called the election a month ago. Prentice says Alberta is not an N.D.P. province but Notley says Albertans are ready for a change and she’s been urging voters not to repeat the mistakes of the past.  Wildrose Partly leader Brian Jean is urging P-C voters to vote for his party to prevent an N-D-P majority.

Meanwhile, the Liberals won a third straight majority government in yesterday’s provincial election in Prince Edward Island.  Newly minted Premier Wade MacLauchlan led the Liberals to 18 seats, down slightly from the 20 seats the party held before the election.  But but there was also a historic Green victory last night.  Peter Bevan-Baker’s win for the Greens in Kellys Cross-Cumberland was a first for the party in P-E-I after ten tries.  The Tories increased their total to eight seats, but party leader Rob Lantz lost in his riding by 24 votes, leaving questions about his political future.