Books on the bombing of Nagasaki and the U.S. Supreme Court case that legalized racial segregation have won prizes named for the late author and journalist J. Anthony Lukas. 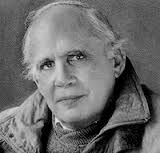 The Columbia Journalism School and the Nieman Foundation for Journalism at Harvard University have announced that Susan Southard’s “Nagasaki; Life After Nuclear War” is the winner of the $10,000 honour for a work of “political or social concern.”

The $30,000 Lukas award for best work-in-progress went to Steve Luxenberg for “Separate,” about the Supreme Court’s 1896 Plessy v. Ferguson ruling.

The Lukas prize project was established in 1998.  It’s named for the Pulitzer Prize-winning American journalist and author who is probably best known for his 1985 book “Common Ground: A Turbulent Decade in the Lives of Three American Families.”