Montrealers gathered at Dawson College today to commemorate the 10th anniversary of the shooting at the school that left one dead and 16 wounded. A 25-year-old gunman shot dead 18-year-year-old Anastasia De Sousa in the school cafeteria. Her family says Canada needs stronger gun control laws to ensure this kind of tragedy doesn’t happen again. A modified version of the semi-automatic rifle used in the shooting is classified as “non-restricted,” which requires only a regular permit to purchase. Former student Charlie Brenchley was there 10 years ago, and spoke at the remembrance ceremony in the school’s Peace Garden, which was built as a living memorial and a testament to the courage of all those touched by the tragedy. 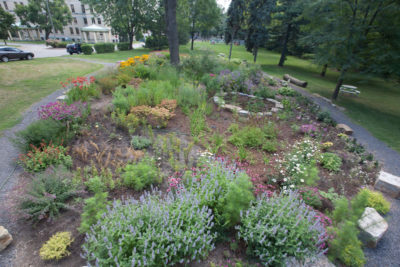