British Prime Minister Theresa May is planning to call a general election for June 8th.  In a surprise statement outside Number 10 Downing Street this morning, May announced that Parliament will be asked to vote for the election on Wednesday. 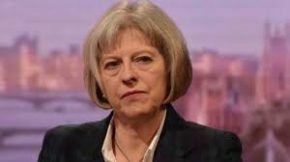 May’s Conservative Party is way ahead of the main opposition Labour Party in opinion polls and a resounding win would bolster her mandate in upcoming talks with the European Union over the country’s exit.

May, who took office last July after her predecessor David Cameron stepped down, said an election is needed because the country is coming together but Parliament is not.
She blamed her opponents’ political game-playing for undermining the country in Brexit talks.