An inquest has ruled the police killing of Andrew Loku in Toronto was a homicide. But this is not a criminal finding because verdicts at coroner’s inquests carry no criminal or civil liability. Toronto’s Black Defence Committee calls the jury’s findings inspiring. “We have recommendations of a very informed jury.” spokesperson Kingsley Gilliam told the media after Friday’s decision. Gilliam says Andrew Loku was executed 21 seconds after police arrived on the scene. An officer shot the 45-year-old Loku dead two years ago as he was holding a hammer in an apartment building hallway. His lawyer previously told the inquest that police fear of a black man clouded their judgment.The officer testified he feared for his life after Loku walking toward him. The death of the father of five in July 2015 sparked days of protest from Black Lives Matter.In March of 2016, the Special Investigations Unit determined the Constable would not face criminal charges. The jury came up with 39 recommendations including giving tasers to front line officers and anti-black racism training for officers. 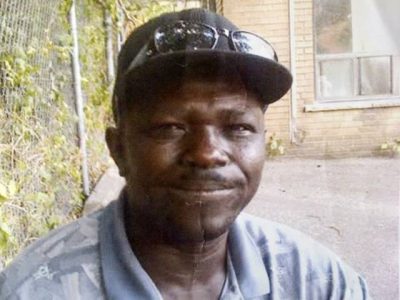