On Wednesday three Toronto police officers were found not guilty of sexually assaulting a female colleague after a night of partying back in 2015. Leslie Nyz-nik, Joshua Cabero and Sameer Kara pleaded not guilty in connection with the alleged incident that occurred on January 17 2015. Nyznik, the only accused who testified told court it was the female colleague’s idea to return to a hotel room rented out by two of the accused where she instigated sex with all three men. The woman, a parking enforcement officer whose identity is being protected by a publication ban, testified that she consumed several drinks during the course of the night and felt powerless and unable to move or speak when the three men had sex with her against her wishes. However the judge felt that there were too many frailties and inconsistencies in the woman’s “patchy memory” about the barhopping night. The three officers are currently suspended with pay, and they’re not completely in the clear. They still could face police act charges. Given today’s culture where there is a kind of “believe the victim” mentality and often times “presumed guilty” is becoming the norm. This case leads us to question how as a society do we know who to believe and how to bring justice to these types of cases? We speak with Criminal Lawyer, Andrew Furgiuele as well as Sexual Abuse Lawyer, Loretta Merritt to get their viewpoints. 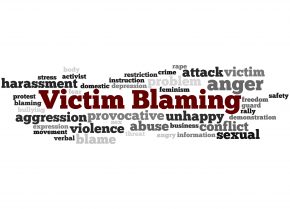