Canadian police say there is a zero chance they will be ready to enforce new laws for legalized marijuana by next summer.

That message was delivered Tuesday by representatives of the Canadian Association of Chiefs of Police to MPs on the House of Commons health committee, who are meeting this week to study the federal pot plan.

The thought is that more time is needed to properly train officers about the new laws along with roadside drug impaired testing. 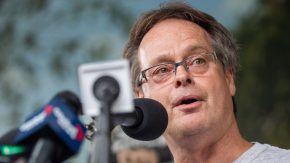 Marc Emery is the self professed Prince of Pot. He told Zoomer Radio’s Fight Back with Libby Znaimer, “there are more marijuana laws being passed with the Cannabis Act that’s before parliament this week than there are currently now.”

In fact, the Trudeau Liberals have said they plan to limit home marijuana growers to four plants per household.

Last week, the Ontario Liberals announced plans to sell legalized marijuana in stores run by the LCBO. Private marijuana entrepreneurs like Marc Emery have been put on notice they will be forced to shut down their operations.