Former Guantanamo detainee Omar Khadr’s application to have unsupervised visits with his sister was denied in an Edmonton courtroom Friday. 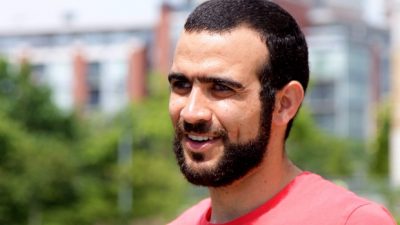 Khadr was partially successful in getting his bail conditions eased however. He can have more access to the Internet, although he still can’t travel completely freely in Canada. A judge decided his sister Zaynab still has terrorist sympathies, so Khadr must have a lawyer or bail supervisor present when he meets with her. Khadr spent years in U-S detention at Guantanamo Bay after he was caught at age 15 and accused of tossing a grenade that killed special forces soldier Christopher Speer at an al-Qaida compound in Afghanistan in 2002.