Anyone who commutes around the city of Toronto will understand Toronto being ranked in the top 10 worst commuter cities in the World. 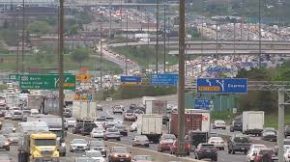 A new study, by the business to business marketing site Expert Market, shows “The 6ix” is actually the sixth worst commuter city in on the entire planet and is the highest ranked North American city on the list, (meaning it placed dead last in all North American cities).

The TTC has been awarded the best transit system in North America in the past and is still in the top three in North America but critics claim the system is 30 to 40 years behind the times because of chronic under-funding.

The data looked at 74 cities across the globe and analyzed numerous factors such as commute times and time spent in traffic.