New Brunswick’s Premier says all Canadians are mourning for the two police officers who died today while answering a call in the city’s north side. They’ve been identified as 43-year-old Sara Burns and 45-year-old Robb Costello. 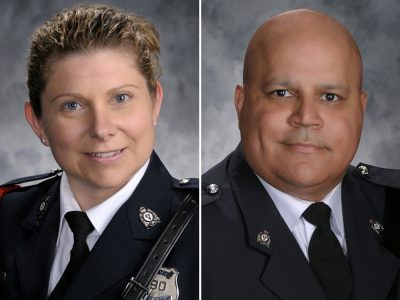 Costello’s common-law partner says she’s still trying to absorb it all. Jackie McLean says Costello lived to be a police officer and never worried that something could happen to him on the job. The two civilians who were killed – a man and a woman – have not been identified. Multiple victims are being treated in hospital for injuries. A 48-year-old Fredericton man is in custody and being treated for serious injuries. Toronto Mayor John Tory sent condolences and says he understands all too well how shootings like today’s in Fredericton can wound communities. Prime Minister Justin Trudeau also sent condolences and Friday night, he’ll attend a ceremony at Greektown’s Taste of the Danforth to remember the victims of July’s mass shooting.