MAIL DELIVERY ALMOST BACK TO NORMAL 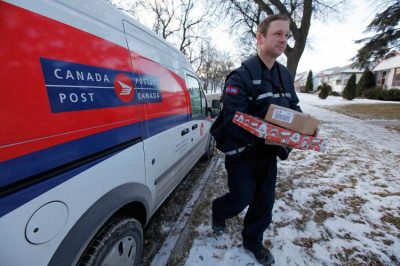 Santa Claus is back in business in most of Canada.

The postal carrier says it has caught up on most parcel delivery backlogs – created by rotating walkouts that ended with legislation three weeks ago.

But Canadian Union of Postal Workers national president Mike Palecek says Canada Post exaggerated the backlog – when the corporation initially said it might not be cleared until next month.