"THE HANDMAID'S TALE" TO RETURN

Can Lit legend Margaret Atwood’s “The Handmaid’s Tale” will feature “resistance” when it launches its 3rd season in June. 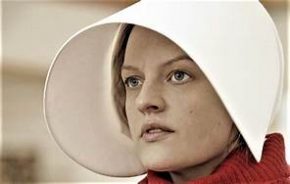 The producers confirm the third season will focus on Offred’s struggle against the repressive regime of Gilead.

The Emmy-winning series is based on Atwood’s 1985 novel of the same name.