MORE CHANGES AT THE TOP OF CANADA'S MILITARY

For the fifth time since 2016, there’s a new second-in-command in Canada’s armed forces. 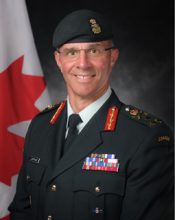 When Wynnyk quit on Tuesday, he cited an attempt to reinstate Vice-Admiral Mark Norman. Wynnyk said Chief of Defence Staff Jonathan Vance planned to replace him with Norman.

Norman had breach of trust charges dropped in May after allegedly leaking government secrets. Norman originally said he’d like to return to the post but then resigned from the Canadian Armed Forces.