"ON THE MEND" SAYS ALEX TREBEK

Jeopardy host Alex Trebek says he’s on the mend after completing treatment for pancreatic cancer. In a new video posted on the game show’s social media accounts, the Sudbury-born TV personality says he’s gone through a lot of chemotherapy and thankfully that is now over. 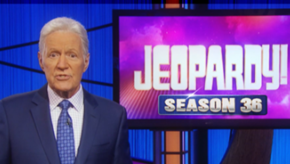 Trebek looks sprightly as he interacts with the audience and explains his excitement for season 36 the premiers September 9th. The 79-year-old announced in March that he’d been diagnosed with Stage 4 pancreatic cancer.