CONSERVATIVES TO PICK NEW LEADER IN TORONTO ON JUNE 27

The Federal Conservatives have announced they’ll be choosing their new leader on June 27th in Toronto. 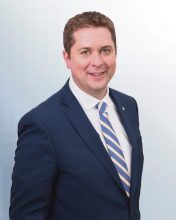 Lisa Raitt, the former Conservative MP who’s co-organizing the race, says the date is set but the rules for that race are still a work in progress.

Current leader Andrew Scheer announced last month he would resign upon the election of his replacement.

The election will come at a busy time in the city with Pride festivities also taking place at that same weekend in Toronto.