'BOYS IN THE BAND" PLAYWRIGHT DIES AT 84

At the time, it was hailed as a trailblazing production in New York.

“The Boys in the Band” was a play about a group of gay men who gather for a birthday party in New York.  It was heralded for revolutionizing how gay men were seen on stage and in popular culture when it debuted off-Broadway in April of 1968. 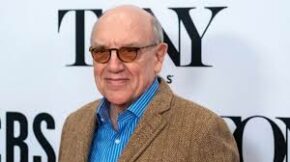 The playwright behind the production, Mart Crowley, has died in New York of complications from a heart attack.

The play was adapted for the big screen in 1970 and is considered one of the first major American films to center on gay characters.