She was the singer behind the tune that became the anthem for the women’s movement in the 1970s. 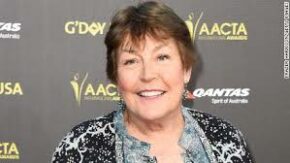 Helen Reddy, the Australian born singer, actress, Grammy winner, mother and grandmother died last night in Los Angeles.
In an interview seven years ago, Reddy said she was proud of her song becoming a rallying cry for women around the world.  She said the timing was ideal because you could sense change in the air.
Cause of death has yet to be released but she had suffered from Addison’s disease and dementia.
Her death comes less than three weeks after the release of a biopic about her life called “I Am Woman.”
Helen Reddy was 78.