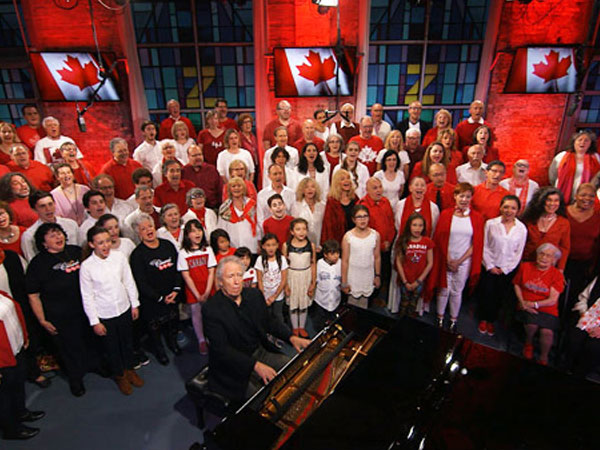 On Tuesday, June 6, 2017, Moses Znaimer, Founder of ZoomerMedia hosted a group of multi- generational and multi-cultural choristers in the singing of Canada’s national anthem, O Canada, in an unprecedented Yiddish version by Hindy Nosek-Abelson, a lyrical translator of Yiddish poetry and songs, lecturer and Yiddish dialect coach for stage and film.

The Making of Yiddish O Canada, a behind the scenes TV special exploring the making and meaning of this unprecedented event premiered on VisionTV on June 26, 2018.

Read More: How a Group of Toronto Artists Spearheaded a Yiddish Version of O Canada.