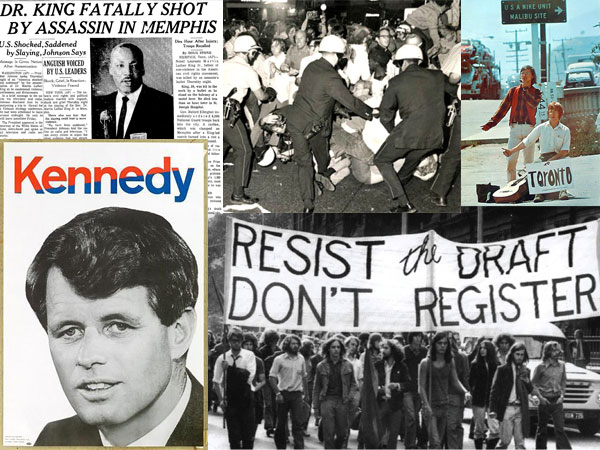 We’re approaching the 50th anniversary of the assassination of Senator Bobby Kennedy – just two months after Martin Luther King Jr. was killed. That double tragedy and the Viet Nam death spiral prompted some truly amazing, compelling and memorable songs – by the Beatles and Stones, the Doors, James Brown and many others.

It’s a worthwhile trip back to a very dark year – if for no other reason than to never forget it. As the Spanish philosopher George Santayana famously said: “Those who cannot remember the past are condemned to repeat it.” And may we never again have such a year. Please join me for a special feature ‘The 1968 Edition’ on Vintage Favourites this Sunday – June 3rd – from Zoomer Radio.