Congrats Zoomers, We've Made It to Woodstock 50! 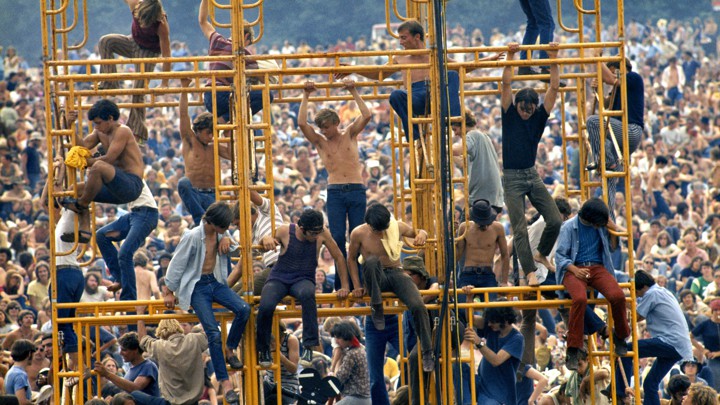 So here we are – we made it !  We ‘baby boomers’ (or ‘Zoomers’), have lived long enough to see the 50th anniversary of the Woodstock Music festival in August 1969.  For some perspective, this is like someone in 1969 telling the teenage version of ourselves, s/he recalls the end of World War One.  Even more to the point – as we continue to love our ‘oldies’ here in 2019 – it’s as if in 1969, we were ‘digging’ the hits of 1919 … you know, by folks like Billy Murray, Al Jolson !  This shows the lasting power of our music from the ’60s and the intense passion we boomers still have for that music. It’s what makes Zoomer Radio special – and unique. 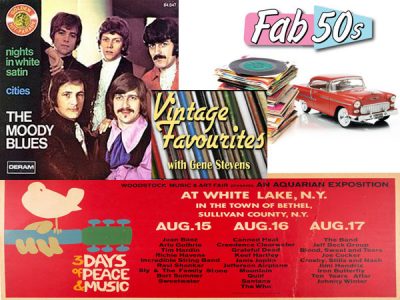 I’ll salute the landmark music festival with ‘Woodstock’s 50th‘ – a special edition of ‘Vintage Favourites‘ this Sunday afternoon. I’ll have a dozen of the most memorable musical highlights, and share many of the stories of the performers and organizers, and reveal those who skipped it, and why. For an hour this Sunday, we’ll ‘get ourselves back to the garden‘; remember when the ‘bomber death planes turned into butterflies above’ Woodstock Nation; when we felt ‘we were stardust, we were golden.’  What a time it was! 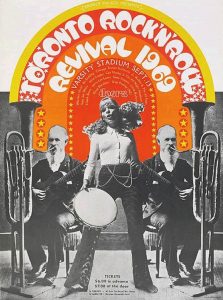 Was I there ?  No – and frankly I don’t recall there being much of a buzz about Woodstock in Toronto; not till afterwards. Later that summer, Toronto was the site for the ‘Rock’n’Roll Revival’ at Varsity Stadium – and that was a big deal with the surprise addition of John Lennon. But I’ll get to that concert’s 50th anniversary later this September.

Here’s what I CAN tell you about my personal festival experience. I was at The Isle of Wight Festival in August 1970 – often called ‘Europe’s Woodstock’.  It was bigger than Woodstock with at least 600,000 attendees. I was on the last leg of a summer-long European hitch-hiking trip with my best friend, Andy, at the time. We were crossing the English Channel from France, and heard about the festival, and decided at the last minute to divert there and see what happens.  Ah – the impulsiveness of youth! We didn’t have tickets, and arrived late on the 3rd day (Friday). We met some nice folks who invited us to camp with them, and since they were there for the entire 5-day festival, and heard my buddy and I could only stay a day – they gave us two of their tickets for the Saturday (4th day).  So we piled into the concert-grounds – joining the massive crowds already there – the sea of humanity was something I’d never seen, nor imagined. 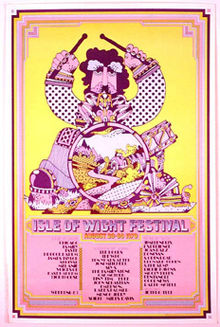 Those of us who’ve seen ‘Woodstock’, the film, have become familiar with super-crowds; it was just like that. Bare ground, ‘barer’ food facilities and the barest (and I do mean ‘bare’) toilet facilities. How about a trench with a long wooden pole you could sit your bum onto?  How about just relieving yourself by a nearby bush?  My most primal sense – smell – will always remember the two odours I most associate with that day – weed and urine – everywhere, all the time – but especially at night.

So what about the music?  Both magical and disappointing – if you can imagine that combination.  Magical to hear some of your idols, live and close (sort of) – in that pre-video age. The Who were amazing,The Isle of Wight Festival in August 1970’s second-ever performance was ‘mind-blowing’ (to use that timely phrase), The Doors were disappointing in the overnight dark and cold, with Jim Morrison’s insistence on low-stage lights, delivering a flat monotone voice; and Sly & The Family Stone ‘woke’ us up with the sunrise – and, as I pressed closer to the stage in a crush of bodies, we all went down as the wackos behind us tossed beer cans toward the stage. Yeah – it was ‘a moment’.

Andy and I left that Sunday morning, beating the crowds, to catch the ferry back to Southampton and then the train ride to London for our return flight. Doing so, meant missing the 5th and final day’s line-up including The Moody Blues, Leonard Cohen and Jimi Hendrix, who died three weeks later.

But back to Woodstock – and my next ‘Vintage Favourites‘ show this Sunday.  I hope you’ll tune in to get a taste of that generation-defining musical event. I’ll also have a mini-spotlight on The Moody Blues – the next in our year-long feature on ‘the greatest groups of our time – in alphabetical order‘. It’s coincidental that the Moodies were originally scheduled to play at Woodstock, but pulled out in favour of another gig – in Paris.  Cheers.