This Week on Vintage Favourites: January 24 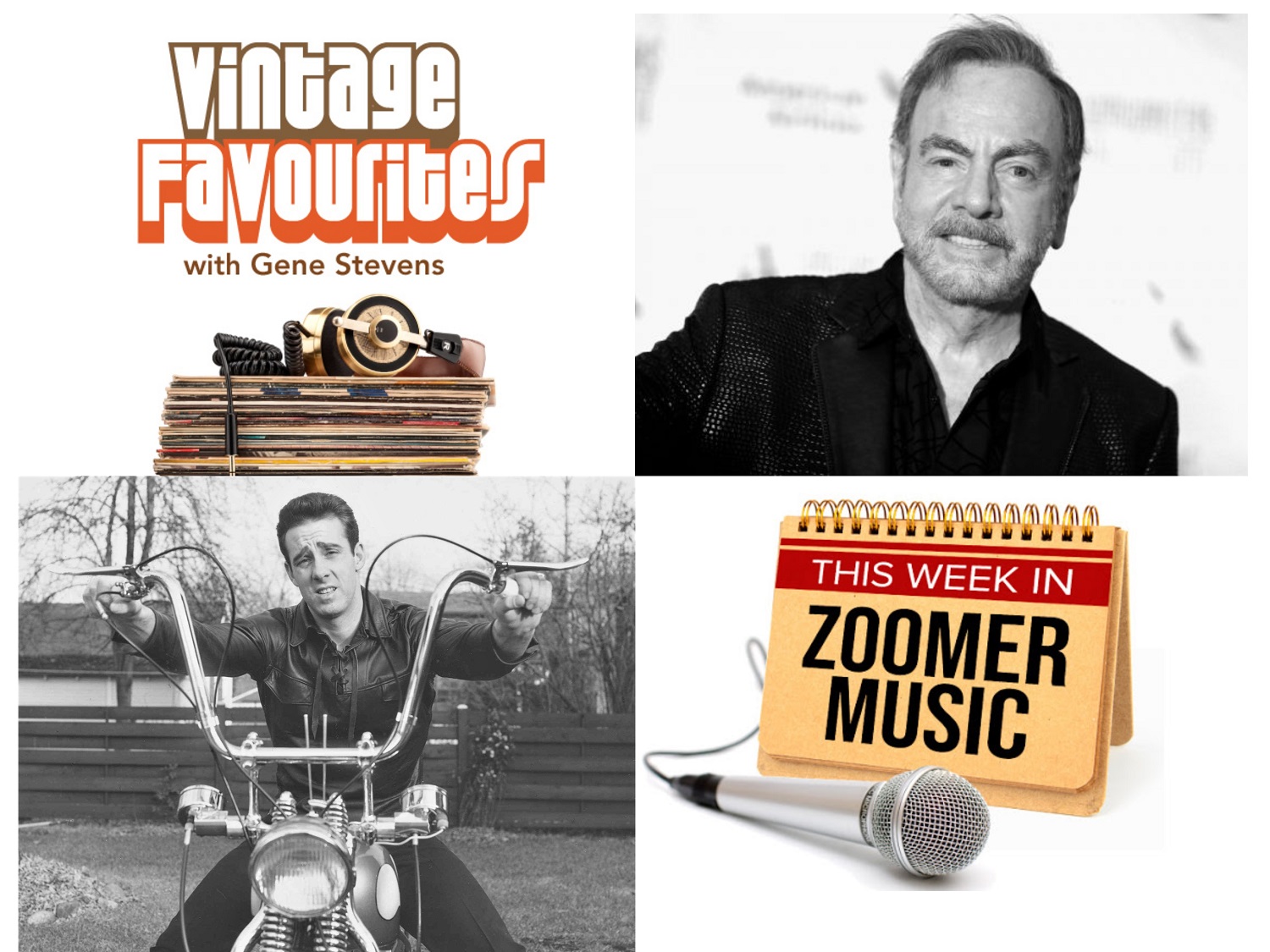 He’s an artist I’ve played virtually all my life – as a teenage record collector to dee-jaying dances, to playing records on the radio, and programming stations since the 1970s.  Neil Diamond has been a big part of my life; I’ve seen him in concert five times. One of the first radio features I ever wrote and produced, way back in the mid-70s was ‘The Frog Who Dreamed of Being a King‘ – a Neil Diamond spotlight. I love his music – and look forward to sharing some of his best songs – and stories – this Sunday (Jan.24th), the day Neil turns 80.

Of course, it’s impossible to do a full representation of all he’s done in an hour or so – but I’ll squeeze in some 16 songs from very early in his career (late 50s) through his rise in the 60s, and the superstar years beyond. I’ll have some live performances, including a couple very cool surprises – and wrap up with a few songs from the new millennium.

There’s another worthy birthday spotlight shining on the late, great Canadian rockabilly legend – Jack Scott. He was one of the most prolific charting artists of the early 60s, and richly deserves a feature that traces his work from his earliest Elvis soundalike recordings through the glory years and his long-awaited ‘comeback’ album in the 2000s.

As for the first-hour feature – ‘This Week in Zoomer Music‘ – wow: first recordings by Buddy Holly and Bob Dylan; Elvis Presley’s national TV debut on Tommy Dorsey’s ‘Stage Show’ 65 years ago this week; The Beatles singing in German and their very last group performance – on a rooftop in downtown London.

I’m thinking this is a show you won’t want to miss – please join me for the next ‘Vintage Favourites’ this Sunday at 1.  Cheers.