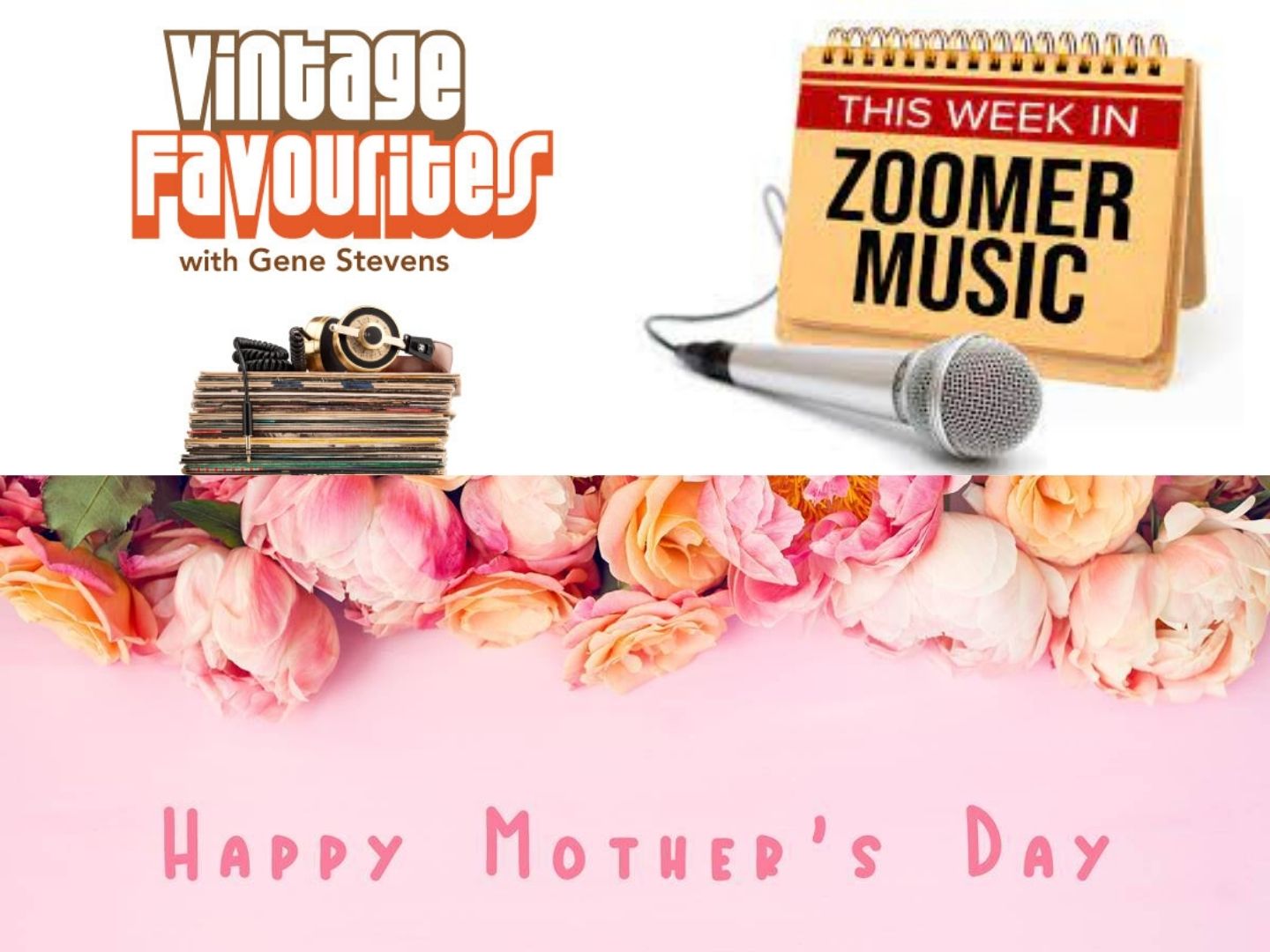 The Irish have a saying: ‘A man loves his sweetheart the most, his wife the best, but his mother the longest.’ And American writer Washington Irving added: ‘A mother’s love endures through all.’ There are hundreds of other quotes and sayings about mom, but this anonymous quote sticks with me: ‘Sooner, or later, we all quote our mothers.’ And we probably do so – to our own kids. Right?

I look forward to playing you some wonderful songs inspired by mothers – many you’ll know because they were pretty big hits, but I think I’ll have a few you haven’t heard – but will really enjoy. That’s coming up on this Sunday’s annual ‘Mother’s Day Edition’ of Vintage Favourites.

I’ll also have a great hour featuring the personalities and events that made news ‘This Week in Zoomer Music’ – there were pivotal events in the lives of the Beatles and Rolling Stones, as well as birthday salutes to Eric Burdon, turning 80, and Donovan at 75. I’ll also remember two amazingly ‘cool’ icons: Frank Sinatra and the one who patterned himself as a ‘younger Sinatra’ – Bobby Darin. The show starts at 2:00pm., so I hope you’ll join me – in this salute to ‘Mom’.

This Week on Vintage Favourites: May 15th

This Week on Vintage Favourites: May 8th