Some emerging Canadian artists will soon get bragging rights. Canada’s Royal Bank has announced the 15 finalists for its annual Canadian Painting Competition. They were chosen from an impressive total of 568 submissions. The 10 women and five men are vying for the top prize of $85,000 to be awarded in September at a ceremony at Toronto’s Power Plant Contemporary Art Gallery. The winner receives $25,000 while each of the two runners-up gets $15,000. The remaining twelve finalists go home with $2,500. But the big prize for the top three? Their paintings will eventually become part of RBC’s corporate art collection. The award started in 1999 to support artists in the early stages of their careers.
Art by Alex Fischer. 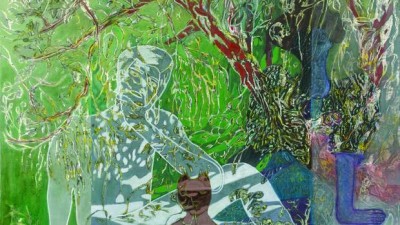