The former chairman of the TTC has been hired to build a new streetcar system in New York City. Adam Giambrone, a former Toronto city councillor and a one-time mayoral candidate, is the new director of New York’s BQX line. The 25 kilometre streetcar line links the boroughs of Queens and Brooklyn. It’s the first streetcar system in the Big Apple in 70 years. A New York City official says they’re lucky to “have someone with hands-on experience from North American’s largest streetcar system to help launch the new line.” The line is set to begin construction in 2019. Giambrone was the youngest member of city council when he was first elected in 2003 at 26 years of age. He served until 2010, the last four years as TTC chair. 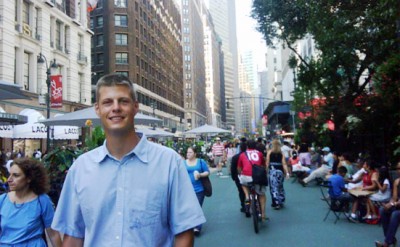