Prominent Canada philosopher Charles Taylor has been named the first ever recipient of the Berggruen Prize. Taylor will receive a one-million dollar reward from the Berggruen Institute at a ceremony in New York City in December. The California-based institute gives the award to a thinker whose ideas help shape human self-understanding and the advancement of humanity. 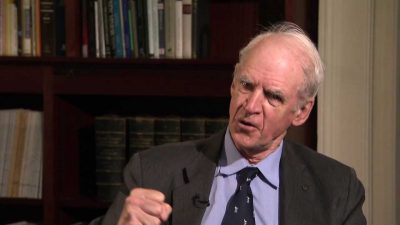 The 84-year old McGill University professor is known as a leading voice for Canadian unity and the preservation of Quebec’s distinct identity. The institute’s chairman, Nicolas Berggruen, released the following statement:”Charles Taylor is a brilliantly appropriate recipient, because he has changed the way people all over the world think about some of the most basic questions in human life.” Taylor says he’s pleased and honoured and never expected to receive this honour.