Three Canadian literary giants are on the longlist for the 2017 Bailey’s women’s prize for fiction, after a record-breaking year for submissions. Margaret Atwood, Annie Proulx and Mary Gaitskill are among the North American contenders. Atwood’s Shakespeare-inspired “Hag-Seed,”Proulx’s historical saga “Barkskins” and Gaitskill’s “The Mare” are among 16 finalists announced on International Women’s Day. The prestigious prize is open to female English-language writers from around the world. The contenders will be whittled down to a shortlist on April 3rd and the winner of the $37,000 prize will be announced June 7th. The annual award is officially named “the Baileys Women’s Prize” after its sponsor. 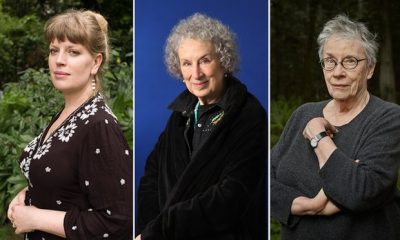