Steve Martin’s latest play will have some star power to give it a broadway boost. Amy Schumer is teaming up with the comedy legend and musician to star in Martin’s four-person comedy “Meteor Shower” at the Booth Theatre starting in November. 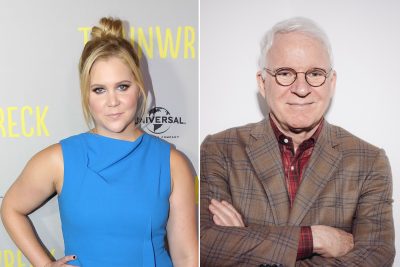 It’s about two couples who get together to observe the celestial event that inspires the title. Schumer will be making her Broadway debut. Martin’s last Broadway show Bright Star, a bluegrass musical. Meteor Shower made its debut at the Old Globe Theatre in San Diego last year. Schumer performed in Martin’s earlier play Picasso at the Lapin Agile.