London police now say a car that crashed into a group of pedestrians outside the Natural History Museum is a traffic accident, not a terror attack. Police made the statement nearly four hours after the car hit pedestrians in a crowded tourist area. One man was detained at the scene. The London Ambulance Service says nine people were hospitalized after the crash and 11 were injured however there were no deaths. Many shops in the museum district were evacuated and the museum was shut down as police tried to determine if there was a threat to the public. 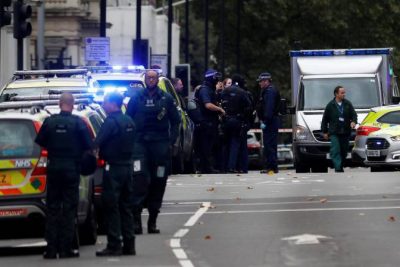 Photographs showed a dented silver car and a man being pinned to the ground. The museum gets around 5 million visitors a year. No deaths are reported. The threat level remains at severe in the United Kingdom.