The family of the late Roy Halladay has issued a statement regarding the former pitcher’s tragic death. Halladay passed away Tuesday after his plane crashed off Florida’s Gulf Coast. 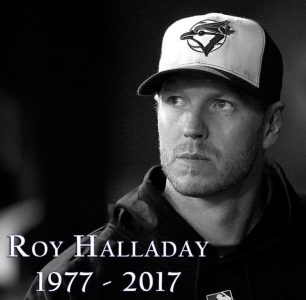 His family says that while “many will remember him for his success as a major league pitcher, we remember him as an amazing father, loving husband and loyal friend.” The statement went on to say that he treated his passion for flying with the same joy and enthusiasm as he did his love for baseball. Halladay signed a ceremonial one-day contract with the Jays so he could retire with the team in late 2013. A celebration of life will be held Nov. 14 in Clearwater, Florida and the service will be open to the public. Meantime a video that’s surfaced appears to show Halladay flying erratically and even dangerously in his plane in the moments before the fatal crash. Nearby boaters were so shocked by the flying pattern, they pulled out their cell phones to capture the bizarre maneuvers at times going from 100 feet in the air down to 5 feet and then back up again, repeatedly.