One of Hollywood’s most popular leading men during the ’70s and early ’80s has died. 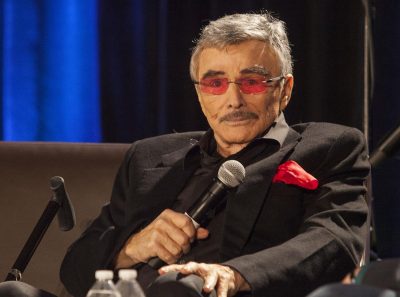 Burt Reynolds died Thursday morning of cardiac arrest at a hospital in Florida. Reynolds’ acting career began in the late ’50s, but it wasn’t until his 1972 performance in Deliverance that made him a star.He also received critical acclaim for his performance in Boogie Nights. Reynolds also starred in the original The Longest Yard, and Smokey and the Bandit. Reynolds was divorced twice, first in the 1960s to “Laugh-In” comedienne Judy Carne and then to actress Lonnie Anderson. He’s survived by adopted son Quinton from his second marriage.