A Canadian woman detained in China has been released from custody and has returned home. 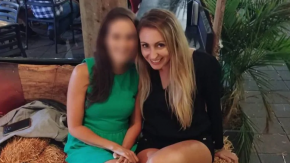 Global Affairs Canada confirmed Friday that Albertan Sarah McIver is back on Canadian soil, however few other details have been released by the agency for reasons of privacy.

McIver, a teacher, had been detained earlier this month over a work-permit issue, with Chinese officials saying she had been sentenced to administrative punishment for illegal employment.

Her arrest followed those of Canadians Michael Kovrig and Michael Spavor, who were detained by China over concerns related to national security.

Both countries have asserted that McIver’s case is different from Kovrig’s and Spavor’s.