A Canadian convicted of drug trafficking in China has been sentenced to death following a re-trial. 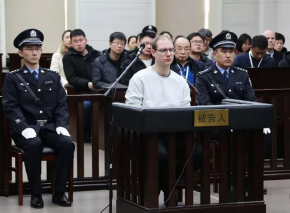 The news of Robert Lloyd Schellenberg’s sentence will no doubt serve to further heighten tensions between Ottawa and Beijing, with Prime Minister Justin Trudeau condemning the ruling and accusing China of ”acting arbitrarily” by applying the death penalty against the B.C man.

Schellenberg was initially detained in China in 2014 and sentenced to 15 years in prison for drug smuggling. However, following a one-day retrial, that sentence was upgraded to the death penalty.

It’s not clear if the sentence was imposed in retaliation for the arrest of a Chinese tech company executive on Canadian soil on behalf of the U-S government.

Huawei C-F-O Meng Wanzhou was detained in Vancouver last month, her arrest was swiftly followed by the arrest of two Canadians in China on national security grounds.

Schellenberg is expected to appeal the ruling.