WINTER HAS FINALLY ARRIVED IN ONTARIO

We’re not quite out of the woods yet with this winter storm. Residents are waking up Sunday morning to snow covered roads as city crews say it will take up to 18 hours to get everything cleared beginning first with major highways. Early Sunday morning, a car lost control and drove into a home in the city’s east end and police say weather was likely a contributing factor. Just minor injuries were reported. In the city, 100 collisions were reported Saturday and the OPP report close to 200 crashes on area highways. 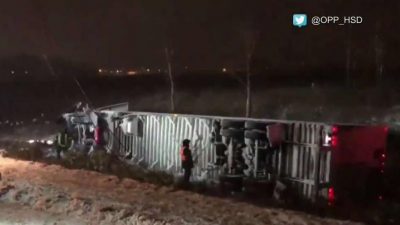 Many sidewalks are still snow covered so pedestrians are advised to take extra caution. If you’re a homeowner or business owner, the city requires you clear the sidewalk. In Toronto, additional services like warming centres have been added as the frigid temperatures settle in Sunday and although shelters are now at or near capacity, the city says there is room for those in need. Officials advise people to check on those most vulnerable in these extreme conditions and call 311 if you find anyone needing assistance.