YOUNG & THE RESTLESS STAR DEAD AT 52 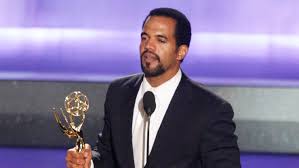 Young and the Restless star Kristoff St. John has died.

Los Angeles Police were called to the actor’s home yesterday for a possible alcohol overdose.

His exact cause of death has yet to be confirmed.

He won a Daytime Emmy in 1992 for outstanding younger actor in a drama series and won 10 NAACP Image Awards.